JBL has engineered and Innovated in the are of Audio and Profesional Sound  more than 70 years, from its pioneering cinema loudspeakers in the early days of “talkies” to immersive audio systems for virtual reality.

For decades JBL has been a leading supplier to the recording, touring, commercial and cinema sound industries, providing audio professionals, musicians and music lovers with the purest, highest-definition sound imaginable.

Though the company has earned countless accolades including two Academy Awards, a Grammy Award, and numerous TEC Awards, its greatest recognition has come from the millions of musicians, recording engineers, producers, live sound professionals, filmmakers, sound system designers and music lovers worldwide who have relied on JBL to “hear the truth” over the past seven decades. 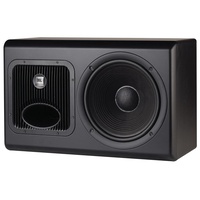